I hijacked Noa's round of applause. Several times. And I'm not ashamed.   Three weeks ago, I went to Noa’s concert. It’d been a while since the last concert I’d been to (I’m NOT a fan of crowded places), but as the show started, and applause started to fill the room, I shamelessly hijacked Noa’s [...] 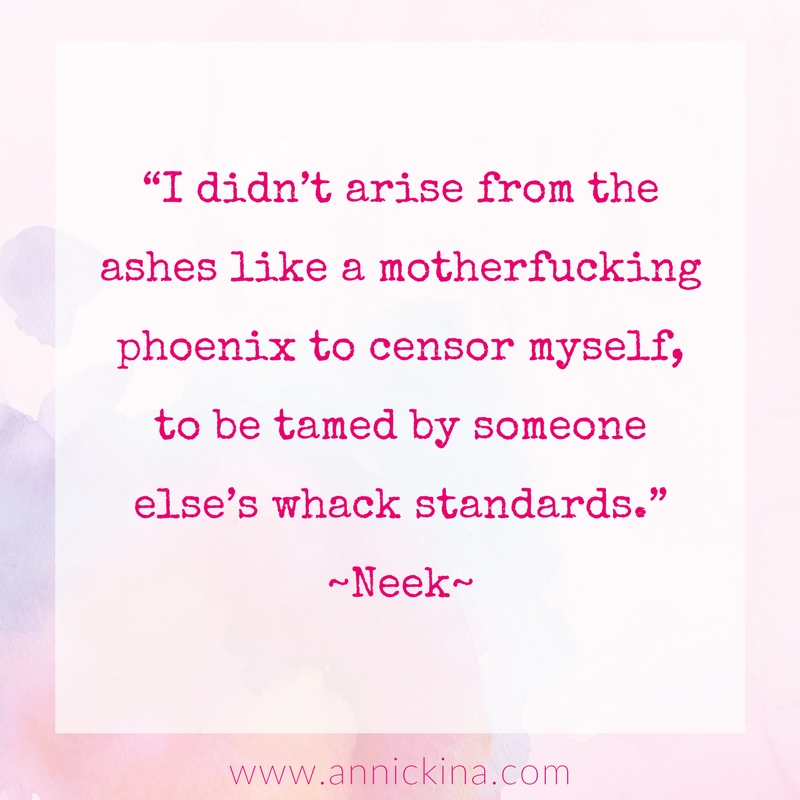 I’ve been doing massive work and dismantling the shame I’ve been carrying around for years, and as I’m reclaiming my power, I’m realising that I can remember loads of times when I didn’t speak up because I feared I would be shamed.   A few months ago, I went out for a drink with a […]

Once again, here's another piece of the real truth:   Even though it looks like it, I didn't quit drinking from one day to another. Well, not exactly.   It's true, on December 26, 2015, I did wake up hungover one time too many and decided this just had to stop.   BUT here are [...]

Have you ever felt that way too?   My relationship with water could be the perfect metaphor to describe my relationship with shame.   I grew up surrounded by it, and yet, I CAN'T SWIM. I think.   Sometimes I can, but most of the time I just feel like no matter what I do, [...]

THIS is why I do what I do!   Just a few months ago, Mags and I had our first session. She had just signed up for my BYOB - Be Your Own Booze programme. Even though she’d been alcohol-free for a bit more than 200 days, she still wasn’t comfortable with telling people about [...]